Bothered by sagging facial or neck skin? You have many Face Lift and Neck Lift options at the Coltishall Clinic. UK


In today’s fast-paced, competitive society, looks are more important than ever. Many of us look for solutions to address sagging jawline, neck and jowls. For many of our patient’s the overly tight ‘wind-tunnel’ look following a facelift is unacceptable. They desire a more natural looking facial rejuvenation and lift.

Why consider a face lift or neck lift surgery

Whilst non-surgical options such as botox, fillers and lasers are very effective for early signs of facial ageing, they cannot tighten a lot of loose skin. A surgical face or neck-lift entails removing this excess skin.

How do you perform face lift and neck lifts at the Coltishall Clinic?

With our technique, the operation is performed under local anaesthesia with an awake patient. A special solution of saline (salt-water), epinephrine, and lidocaine is injected. Saline helps to separate the tissues, making the dissection less traumatic for the face and neck. Epinephrine causes the tiny blood vessels in the area to constrict, minimising bleeding and bruising.  Lidocaine numbs the area to provide pain control and this lasts for 12-18 hours afterwards-reducing the need for painkillers.

What types of facelift and neck lift do you offer at the Coltishall Clinic?

Apart from a full range of non-surgical treatments we offer a variety of surgical options mentioned below.

1] One stitch facelift- this is our minimally invasive facelift. It is suitable for younger patients or for those who do not want a full face or neck lift but desire a subtle result at low cost. One small incision on either side of the face is used. The incision is hidden in the hair and lifts the jaw line.

2] Thread lift- this is also a minimally invasive procedure and suitable for those patients who want to avoid the knife on their face. A small cut, well hidden in the hairline is used to suspend the facial tissue with threads.

2] Laser face lift- this is an excellent option when the main consideration is excess fat in chin and jowls. Laser can melt these and also heats the surrounding tissue. This stimulates collagen formation and assists in skin and tissue tightening. The amount of tightening greatly depends on skin type, age, elasticity, general health and other factors.
Lastly, a small amount of fat, which varies from patient to patient, is suctioned away when needed. This can also be used in conjunction with full face or neck lift when more tightness is desired.

4] Full face and neck lift- We perform a tumescent facelift. It is also known by various other names such as weekend or mini-facelift, S-lift, MACS lift or a facial lipo-lift. Pre medication is recommended to relax the patient. A special local anaesthetic solution is injected in front of the ears. This solution numbs and gently lifts the skin from underlying structures. One side is operated at a time. A small amount of skin in front of and below the ear is removed. The skin is lifted, underlying layer is tightened and finally the skin is repositioned and closed with fine sutures.

5] Neck lift only- this can be performed through a tiny 1 inch incision in the neck crease. This is suitable for patients with neck bands. Men with turkey neck in particular may be interested in neck only lift where it can be combined with removal of excess skin.

How will I look after surgery?

The change following your surgery can be dramatic. The use of small instruments and fluid to separate the skin from deeper tissue results in a bloodless procedure. There may be minor bruising or swelling for 1-2 days. You may elect to return to work in 2-5 days or wait till your stitches are removed in 7 days. The days of prolonged swelling and bruising and having to hide away for weeks are long gone. Our patients do not generally get any significant bruising.

What are the benefits of Coltishall clinic face-lift procedure?

Dr Sanjay Gheyi MBBS MS FRCS Medical Director at the Coltishall clinic has had advanced training in face and neck lifts in the USA and has adapted best practice and technological innovations. As the procedure is performed in the clinic purely under local anesthesia and not in a hospital, it offers the following advantages-
A natural look
Quick recovery
Minimal complication risk
Minimal scars
No hair loss
Less cost
Less risk of infection.

With so many face and neck lift options on offer, along with a whole host of cutting edge non-surgical options, we are sure to have a solution to offer you. So why not give us a call on 0800 0430737 or log on to the website at www.coltishallclinic.co.uk.
Posted by ColtishallClinic at 19:51

Why we love Intense Pulsed Light or IPL

IPL, Intense Pulsed Light is the most powerful weapon against skin ageing.

We have a number of anti-ageing treatments available today. These include anti-ageing supplements, vitamins, lotions, potions and hormones. What is striking is that none of these reverse skin ageing and prevent skin ageing to the extent that IPL does.
We have been using IPL photorejuvenation for many years and patients typically remark how well their skin looks. The effect on improved skin tone, complexion blending and brightening is seen within weeks. This is not all thought, when patients come back a few months or years later you can see a healthy glow to the skin, improved texture, reduced fine lines, wrinkles and pore size too.

We now have the technology and considerable experience of using this technology effectively to repair the appearance of damaged skin, delay and help prevent signs of skin ageing and also possibly reduce the risk of skin cancers in the treated skin. It works very well on the face-photofacial and non facial areas.

In my opinion if you are going to choose one treatment for your skin health-it has to be IPL.
Posted by ColtishallClinic at 23:05 No comments:

Endothermal ablation, EVLT or EVLA is considered best treatment for Varicose Veins.  We use the latest 3rd generation lasers for EVLT.
Surgery used to be the most widely used treatment for Varicose Veins but controversy remains about possible drawbacks of vein surgery. Need for general anaesthesia, large incisions and formation of new veins [neo-vascularisation] being some of these. Recently however surgery has waned in popularity. This is due to a move towards less invasive procedures in general and due to emergence of very effective minimally invasive vein treatments such as EVLA and foam sclerotherapy.

There are new treatments such has clarivein, injectable dyes, glue etc but these do not have the evidence to be considered as treatments of choice. Only lasers and foam sclerotherapy are widely recognised standard treatments at present. 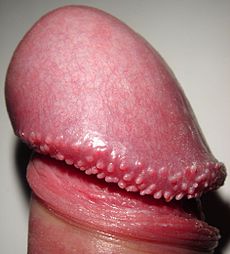 
Posted by ColtishallClinic at 23:05 No comments: